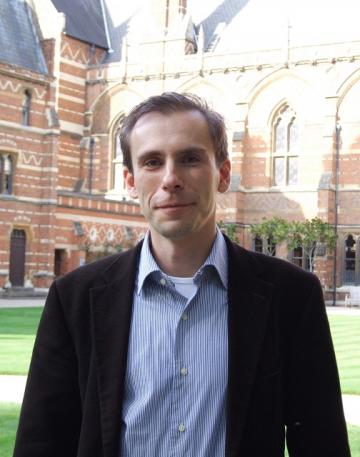 I am a social anthropologist interested in the anthropology of Islam, especially sharia (‘Islamic law’), and themes of law, ethics and authority more generally. I have done field research in the Middle East (Lebanon) and more recently in the UK.

My first major research project, funded by the ESRC, examined Islamic bioethics, in particular regarding assisted reproduction, through an engagement with Islamic legal specialists and medical practitioners in Lebanon. The resulting book, Islam and New Kinship: Reproductive Technology and the Shariah in Lebanon (Berghahn, 2009), brings this material into conversation with the ‘new kinship’ studies in anthropology. Subsequently, together with colleagues at the University of Hamburg and elsewhere, I have reflected on the nature of Islamic bioethics as a novel assemblage of various forms of knowledge/power (Clarke et al. 2015).

Sharia within and without the state

My next project, funded by the British Academy and a Simon Research Fellowship, was an ethnography of sharia discourse more widely in Lebanon, focusing on the sharia (family law) courts and their relationship to non-state Islamic institutions. That involved fieldwork in both Sunni and Shi‘i contexts, including mosques, Sufi circles and the offices of major religious scholars. This work led to a second book, Islam and Law in Lebanon: Sharia Within and Without the State (CUP, 2018) and a series of publications on religious authority. I have an enduring interest in Shi‘i Islam, pursued through various collaborations, including a special issue of the British Journal of Middle Eastern Studies dedicated to ‘De-Centring Shi‘i Islam’ (Clarke and Künkler 2018).

In current research, funded by the John Fell Fund, I am collaborating with a colleague working in theology and Islamic legal studies, Ali-Reza Bhojani, to document the place of sharia norms in the everyday life of a Shi‘i Muslim community in the UK. We aim to understand how people in the community view religious rules in relation to other elements of Islamic ethical and devotional practice, and how they manage the tensions between them and other forms of social norms. We hope that in so doing we can help combat some of the misperceptions that surround sharia in wider British society.

This ethnographic study of religious rules in practice complements and informs my broader theoretical and comparative project, funded by the Leverhulme Trust, to develop new anthropological approaches to the study of explicit ethical rules. I have a number of recent and forthcoming publications in this area and have co-edited, with historian Emily Corran, a collection of essays on Rules and Ethics: Perspectives from Anthropology and History (MUP, in press).

I welcome applications for doctoral research and other collaborations in any of these areas, and in the anthropology of Islam, law and ethics more generally. I also teach on the MSc and MPhil programmes in Social Anthropology and am closely involved in the teaching and administration of the undergraduate degrees in Human Sciences and Archaeology and Anthropology.

2018       Islam and law in Lebanon: sharia within and without the state. Cambridge: Cambridge University Press

2015       Legalism and the care of the self: shari‘ah discourse in contemporary Lebanon. In Paul Dresch and Judith Scheele (eds.), Legalism: rules and categories. Oxford: Oxford University Press.

2014   Cough sweets and angels: the ordinary ethics of the extraordinary in Sufi practice in Lebanon. Journal of the Royal Anthropological Institute (N.S.) 20(3): 407-425.