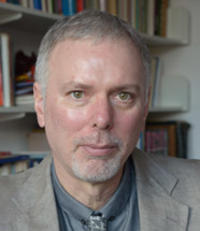 I led a GCRF-funded project on the political, social and cultural impacts of the 2015 earthquake in Nepal (‘After the Earth’s Violent Sway: The Tangible and Intangible Legacies of a Natural Disaster’) from 2017 to 2020, and took early retirement from SOAS University of London shortly thereafter.

I am now embarking on a new project on the relationship between Nepal’s Dalit population and literary production in the Nepali language. While there is a growing scholarly literature on Indian Dalit writing, Nepali Dalit writing remains largely unstudied, despite its growth and development since the 1990s. I will investigate portrayals of Dalits and Dalit-related issues in works authored by non-Dalit writers; chart the history of Dalit writing in Nepal from its beginnings until recent times; and explore the ways in which the exclusion of Nepali Dalits from official spheres of public discourse and decision-making has led to the adoption by Dalit intellectuals of alternative means for critical engagement and gaining a public voice.

All of my research publications to date are listed on my website at https://michaelhutt.co.uk/, with links to those that can be freely accessed online.