The Amazon basin is among the most biodiverse regions of the world. This diversity of plant and animal life is matched by equally complex variations in the human societies inhabiting the Amazon region. The region is home to several hundred indigenous languages, a variety of subsistence practices, from slash-and-burn agriculture to hunting and gathering and from cattle ranching to riverine lifestyles.

Amazonian anthropology is a relatively young field within social anthropology yet it has been at the forefront of significant analytical developments in the discipline as a whole. For example, the lasting influence of Lévi-Straussian structuralism as a seminal and formative theory continues to shape and inspire new developments in modern social anthropology and is deeply connected to its roots in lowland South American ethnography. Similarly, recent debates on what it means to be human, and on culture and nature have been heavily influenced by ethnographic and analytical findings from South America.

Amazonian anthropology at Oxford was pioneered by Audrey Butt Colson, who studied under Edward Evans-Pritchard, and Peter Rivière, who was supervised by Rodney Needham. Both worked in the Guianas - Audrey with Akawaio and other Pemon people, and Peter with the Trio. In 1967 Peter Rivière taught the first full-fledged course on the indigenous societies of Lowland South America to be offered in a British university.

At present, research and teaching on Amazonian anthropology in Oxford focuses mainly on the original inhabitants of the Amazon - indigenous peoples and their lifeways. Current research aims to shed light on the interrelatedness of people and their environments; the constitution of persons and social identities; and relations between the material and social world.

Elizabeth obtained her PhD from the London School of Economics, University of London, UK under the supervision of Peter Gow. She works with Panará people in Central Brazil among whom she has carried out long-term fieldwork.Her research interests include: Amazonian anthropology; Amerindian conceptualisations of personhood and alterity; material culture and visual perception; the symbolic significance of everyday practices such as garden cultivation and child-rearing.

After a first degree in Anthropology and Linguistics at UBC (Vancouver, Canada), Laura went to study at the LSE (London, UK) under the supervision of Maurice Bloch. Her doctoral research was among the Huaorani Indians of Amazonian Ecuador (1989-92), with whom she spent many months of fieldwork over the years. She has also worked amongst the Makushi of southern Guyana, and the Chachis (Cayapas) of the Ecuadorian Chocó.Her research interests include: Amazonian anthropology; Amerindian conceptualizations of nature and society; historical and political ecology; the impact of development on indigenous peoples; sustainability as value. 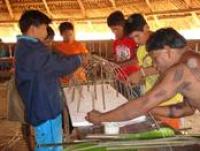 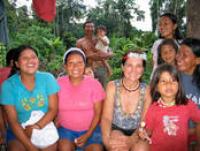